My last relationship ended in October of 2009. I was 19 years old and it is now 2015 and I will be turning 25 soon.  I have been single for the last five years of my life. I have been through the ringer with dating and through life but if I could do it all again I would do it the same way. Why? Why would I go through all the heart breaks, the guys that didn’t like me, the unsuccessful weight loss diets, companies not accepting me as an employee, the terrible fights with friends, losing people in my life I thought would be my friend forever, trusting people that I shouldn’t have…? It is because I would not be where I am today if it wasn’t for all the craziness and the decisions I made.

I watched so many of my girlfriends rush into relationships and date multiple guys in college. It may have worked for them but every time I got close to rushing something with a guy, I was reminded that it was not something I wanted. Being single has taught me more about myself and how to figure out what I wanted in that moment as well as for my future.

How To Say No:

After years of saying yes to everything that presented itself, I learned to prioritize and do what I wanted to do. I learned saying yes to everything was not the answer to making myself happy nor my friends. If I always said yes to what everyone else wanted, I would be drained by being so busy that I wouldn’t accomplish what I wanted and I wouldn’t be happy to be there. Learning to say no when I can’t attend an event has made the moments I can attend even better.

Do What I Want To Do

I always felt as though I had to do what others wanted, I always tried to make everyone else happy and in doing so would sacrifice what I wanted. When my ex broke up with me I was told to focus on myself and do what I wanted. I had no idea what they meant since I was 18 and confused with life. Over time, though, I have learned exactly what that means. I have been able to take all this time to do what I wanted, whenever I wanted.

I could not understand why people always said that ‘until you are happy with yourself you can never make someone else happy’. I know now that it is beyond true. I learned more about myself in the last five years than I could ever imagine. The first couple of years in college I really didn’t try. However, over time and as I grew up I learned just how important making myself happy and learning about myself was. All the time I was single, I learned about who I was, what I wanted and what I definitely did not want. I have been able to find strength and face obstacles by myself and become such an independent, go-getter.

Date All The Wrong People

If I could, I would have kept a blog of all my dating stories. I dated so many of the wrong people but the memories and the dates I went on where things I am grateful for. I learned what I wanted in a guy, what I do not want in a guy, how important some things are and how little I do care about some things. I learned that depending on the guy and depending on my feelings for him dictated how I responded to different things he did. I also learned that in private relationships, I am the worst communicator with my feelings and putting myself out there. However, I grew to become a stronger person and a better communicator because of dating. I will have stories of my crazy dating life to share with anyone that wants a story.

How To Be Alone

This is something many of us struggle with, we hate the thought of being alone and doing things on our own. I learned very fast how to be alone and how to be okay with it. It has helped me enjoy my thoughts, be at peace with things and not need to strive for attention but instead be alone when needed.

Have Memories With People I Never Would Have Met

In those 5 years, I had six addresses. I moved from a college life to a professional one and therefore I moved to different states for my job. I was able to meet people and take on opportunities I never would have done if I wasn’t single. I met strangers at bars, got numbers, went on blind dates and put myself out there to make friends with people that I never would have met without being single.

I learned to be patient. This is something that was so hard for me. I wanted the next thing, I wanted to have what my friends had. But what I learned is that each of us get the lives that God has chosen for us and we have to be patient to get something we want. I can’t say I am still not impatient sometimes but I am learning to trust that things will happen when they should.

Learn From Your Mistakes

I think people that are dating learn from their mistakes but their mistakes might be a little different than anyone else’s. I learned so much from mistakes while being single. I learned how much give and take to give someone, who is using you, who to trust, the person I want to be from the person I was becoming and that every failure is okay if you find the good and rise above the failure.

I know being single for five years is not typically ideal for people. It is not something I was striving for and of course I had my low points of wishing I could be with one of the guys I dated. However, like I said, what I learned was worth being single. I am a totally different person and my life is totally different than planned, but I would not have it any other way.

Beauty learn about yourself Love relationships saying no Self single

When Did Reporting on Two Girls Eating Hamburgers Become a Thing?

16 Lauren Conrad Quotes You Should Live By

Are You Ready for the Super Bowl?: What Football Has Taught Me

11 Reasons Why We Love Amy Schumer 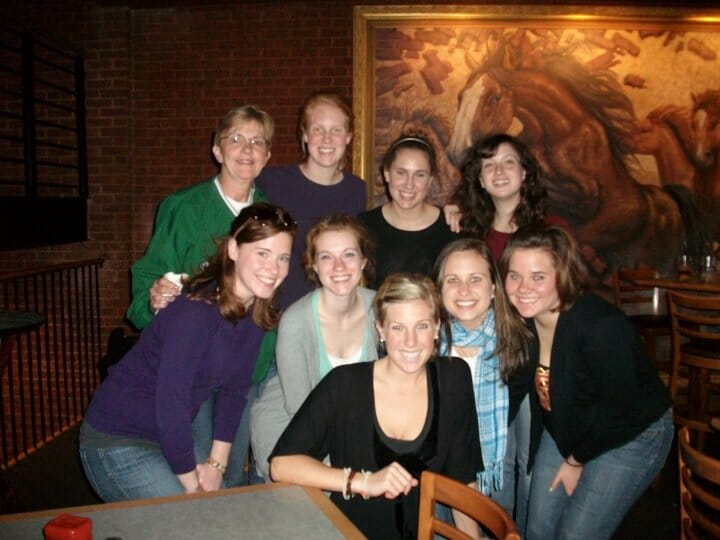 As A Catholic Here Is What I Wish You Knew