She has since died, and the photos honoring her memory show a woman who appears to have sunken into herself, a ghost of someone beautiful.

Would it have helped this woman to imprison anyone who was inclined to hire her?

If Isabelle Caro lived and modeled in France today, her employers would soon face a fine or prison sentence due to the stringent requirements of a health reform bill discussed by the French National Assembly.

If the bill passes, models will need to furnish a medical certificate verifying their Body Mass Index, or weight-to-height ratio, is at least 18.

Isabelle’s BMI would have been about 10 during her appearance on Jessica Simpson’s “The Price of Beauty.”

A new measure of health.

What does this number, given so much value by the French National Assembly, mean?

The Centers for Disease Control and Prevention in the US considers an adult (an individual over the age of 19) with a BMI under 18.5 to be underweight. For a 5’9″ woman, this would equate to weighing 124 pounds or less, on average.

Under the bill, anyone employing them would face fines of up to €75,000 euros and a six-month prison sentence.

The fashion industry is fighting back.

The cause seems noble enough: Stop the fashion industry from promoting unhealthy body image among vulnerable young people and, in turn, minimize the number of individuals who suffer from eating disorders.

Israel believed in this cause, banning models it deemed too skinny in 2013. The country’s politicians demanded that in cases when models’ images were altered to make them look thinner, a disclaimer be printed alongside the picture.

Israel was following the lead of countries like Spain and Italy. In 2006, Italy’s political officials campaigned against anorexic models.

Around the same time, a fashion show in Madrid banned “too-skinny” models due to the organizers’ desire to “project an image of beauty and health, rather than a waif-like or heroin chic look,” according to a CNN article covering the show.

The fashion industry was outraged, considering itself a “scapegoat for illnesses like anorexia and bulimia,” said Cathy Gould, of Elite modeling agency, in the CNN piece.

It’s hard to be sympathetic to the fashion industry, but do its representatives have a point? Who does this kind of ban truly help?

There’s logic, and then there’s the law.

France’s more extreme response to underweight models takes the matter to a whole new level. There are an estimated 40,000 people in France suffering from anorexia (.06 percent of the population).

Ninety percent of them are adolescents, so it may seem logical the country would take a stand, particularly eager to protect the young and impressionable.

On the other hand, the National Eating Disorder Association indicates 20 million American women alone suffer from a “clinically significant eating disorder” at some point in their lives.

Why hasn’t the US done anything, when so many of its citizens suffer from eating disorders? Perhaps it’s because France’s solution is only a solution for some.

The legislation, as it stands, would certainly keep underweight models off the catwalk, out of magazines and out of work. It would also leave the models to their own devices, suffering alone at the hands of their disease.

The legislation would also keep young people susceptible to digitally-altered images of models in magazines and advertisements.

More importantly, it wouldn’t address any of the larger, underlying causes of anorexia. Does that make it a solution at all? The answer is: kind of.

There are data to back up the idea regulating images portrayed by the fashion industry is beneficial. Research from the National Center for Biotechnology Information indicates, “body image was significantly more negative after viewing thin media images than after viewing images of either average size models, plus size models, or inanimate objects.”

The effect of the “negative” thin images was found to be stronger on participants under the age of 19, the same demographic France is worried about.

The problem is France’s ban won’t help any of this. Models’ pictures could still be changed in magazines. Models could still be fairly thin and perpetuate simply unrealistic body image ideals for some people.

But more importantly, the ban won’t change the fact individuals with anorexia aren’t just affected by images in the media. They are also impacted by the multitude of other factors causing and perpetuating eating disorders.

To name a few, some triggers are a “genetic tendency toward perfectionism,” a psychological propensity for obsessive compulsiveness, high levels of anxiety, and traumatic or challenging life events, according to Mayo Clinic.

Isabelle suffered from her eating disorder before her modeling career truly took off, at only 13 years of age. Her disorder was brought on by childhood triggers — a critical, overbearing parent and her mother’s depression.

How are we deciding whom to “punish”?

The fashion industry actively participates in the problem at hand and arguably perpetuates it. But it doesn’t cause anorexia.

If the French government is so concerned about eating disorders, what about directly addressing the mental health issues underlying anorexia and bulimia? What about insurance policies covering eating disorder treatment?

Why not focus efforts on stopping bullying in schools or providing proper medication and effective treatment programs for individuals diagnosed with depression?

The fashion industry and media has become scapegoats, blamed for a problem that existed before fashion magazines showed “waif-like” models. Anorexia still existed when models were curvier, in the era of Cindy Crawford and Christie Brinkley.

The hands of the fashion industry, designers, the media, industry agents and managers are not clean by any means; however, misappropriated punishment can only make things worse for some people — like the models, who are certainly not intentionally glorifying anorexia.

Self-loathing and a feeling of being overweight are symptomatic of eating disorders. Isabelle knew she didn’t look healthy, but she was too sick to stop.

As for the designers and media moguls who keep them sick? Saying these people “cause” eating disorders is tantamount to blaming video games and movies for school violence. There’s a relationship, but it’s tenuous at best.

The problem lies elsewhere, and a misplaced focus on the fashion industry will make, but a minor dent in a major problem.

Are You Ready for the Super Bowl?: What Football Has Taught Me 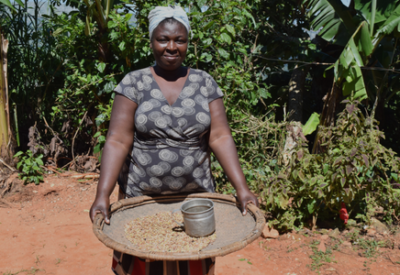 Inspire to be Soul Selfish 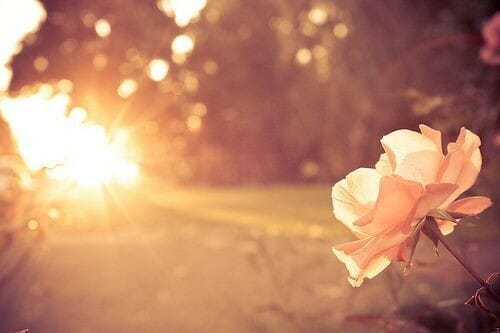 10 Reasons Why Joining a College Organization Changed My Life