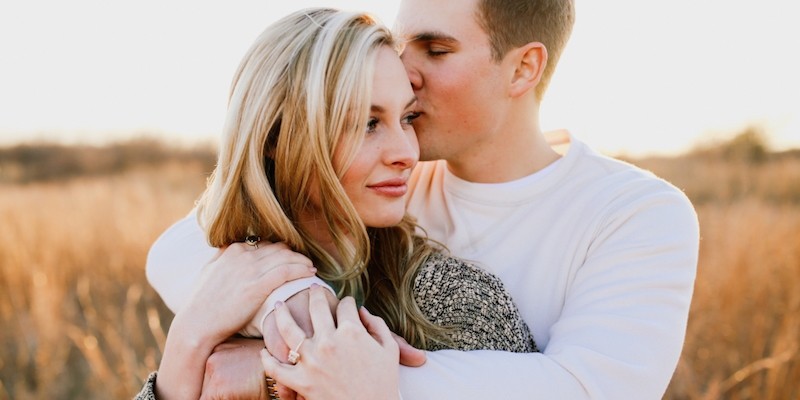 Just the other day, I found myself in the thick of downtown Manhattan indulging in a West Village post-work/pre-dinner glass of wine with one of my nearest and dearest heterosexual (platonic) girlfriends, Amanda.

It was one of those beautiful city spring days when you feel buzzed before you drink, high off the newfound feeling of warmth penetrating your shoulders.

Amanda is stunningly beautiful; her head holds court to a cascade of impossibly soft waves.

Her eyelashes gracefully tickle the tops of her brow bone, and she has that oh so gorgeous honey-colored skin — the coveted complexion that glows without the help of an illuminating powder.

Not only is she a gorgeous physical specimen, she’s also an astoundingly intelligent force of female nature, blessed with a wicked wit and an inherent understanding of the complexities of the global stock market.

She’s the definition of the modern day dime.

She’s also supremely single and increasingly bitter. And whilst ruminating over our clichéd glasses of springtime rosé, we found ourselves deeply engaged in a heated conversation about the plethora of straight girls we know who are constantly making bold social media claims that they are so incredibly #blessed to have a male significant other in their enriched lives.

Whether it’s a boyfriend, a fiancé or a husband, the moment these girls departed the bleak borough of single and boarded the chartered ship that whisked them to the prestigious “Isle of Couple” — they were overcome with such a profound sense of relief that they seemed enthusiastically willing to overlook the slew of misgivings and the whirlwind of mistreatments bestowed upon them by their “other halves.”

And the girls I’m speaking of are incredible f*cking women.

Women who have traveled, women who are wickedly hilarious and hyper-educated, women with fiery personalities and stellar career success.

It left both Amanda and I flummoxed. We sipped our blush-colored wine perplexed and pondered:

I wanted to crawl to the top of the highest penthouse apartment on Park Avenue and shout to the masses of amazing, under-appreciated, undervalued girls:

Once upon a time lived a magnificently beautiful girl whom, for the purposes of this story, we will refer to as Helen.

Helen was astoundingly bright and insanely stylish. She had a master’s degree in art history from a prestigious New England liberal arts school and was the CEO of a successful graphic design firm, which she founded from the ground up.

Despite a few dates here and there, Helen had been single for the past year and a half, choosing to prioritize her flourishing business over relationships with men.

She wasn’t lonely, for she had a slew of equally fabulous girlfriends, and together, they would embark on fantastic weekend trips to the Hamptons or Fire Island.

Helen had an effervescent energy people became addicted to. She had the kind of presence you want to constantly be around in hopes that some of her magnetic prowess would rub off on you.

But everything changed the moment Helen met Ryan.

“Ryan” was a self-proclaimed “artist”– yet not a living soul had seen a single painting he had ever created.

Though the whereabouts of his art remained a mystery, he had no problem telling anyone and everyone within earshot about his budding art career.

Ryan spent his days holed up in his “workspace” (subsequently, his childhood bedroom in his parents’ New Jersey homestead) inhaling smoke from the cracked bong he stored in his underwear drawer.

Helen claimed to be in love with Ryan, and it wasn’t long before Ryan sailed across the pond and moved into Helen’s gorgeous one-bedroom apartment in Manhattan. He didn’t pay rent.

According to Helen’s social media outlets, she was in the perfect, ideal relationship.

Ryan was always her “man crush Monday,” which she would accompany with a cute little #blessed hashtag.

Ryan was an avid Instagram abuser, the kind who documents the banalities of his entire day.

He was constantly posting pictures of his burnout buddies, his cat, his untouched guitar, his empty box of cereal and his kid sister. He posted just about anything that made its way into his frame of vision, except Helen.

One mid-afternoon Sunday brunch, Helen’s girlfriends dared to ask her why she was so happy to be with Ryan.

She took a long, soulful sip of her mimosa, stared dutifully into the distance and confessed:

“I guess I just feel lucky to have a boyfriend.”

Lucky to have a boyfriend?

Ryan should be thanking his lucky stars, the higher power up above and the great goddess of Mother Earth — the UNIVERSE at large that he had a girl like Helen.

The sad truth is we see varying degrees of this great unbalance more often than we care to admit.

Regardless of whether or not the unfair dynamic is quite as severe as the one existing between Helen and Ryan, it’s so important for all women to know their worth and epic value in the world.

Even if you think your boyfriend hung the f*cking moon and is responsible for the stars in the sky — he’s still lucky to have you (and if he doesn’t realize it, f*ck him and leave).

One of the most heartbreaking things one can ever witness is watching a fabulously quirky, undeniably magnetic girl fade into the background the moment she gets a boyfriend.

When her personality disintegrates, and her individuality diminishes because she gets so lost in the thick of his world.

You know the girl: She who oozes individuality. She who has something to say. She who has fierce opinions and never neglects to speak her brilliant mind.

Which is why it’s so jarring to sit nil and observe the way in which this girl changes the moment a man enters her life. All of a sudden, she’s put her sky-high ambitions to the side in lieu of his.

The boy’s family, friends, hobbies, career and social life consume her world, and she loses her identity in the process.

Never, ever, ever, ever act like anyone is your whole entire world because you have your own big bad world right in front of your very capable eyes.

Stop acting like he’s your savior; you can save yourself.

I get it; it can feel so hard to make your way through the cruel cold world, alone. The world can seem too huge, and it’s easy to feel like you can disappear in the thick of it all.

But always remember: You aren’t the damsel in distress you think you are.

Women by nature are fierce; we’re akin to the great lioness who rules the wild and dangerous jungle. There isn’t anything in the world we can’t handle.

You’re stronger than you think you are.

If you find someone you’re drawn to, be with him because you want him — not because you think you need him.

And always keep in mind you haven’t hit the jackpot just because a boy likes you, and you’re certainly not obligated to like him back.

You don’t need anyone to save you because you’re more than equipped to save yourself. Be your own knight in shining f*cking armor.

The Heart Wants What It Wants 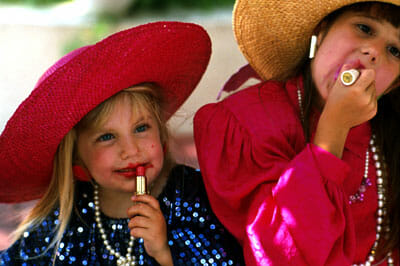 An Open Letter to My Little Sister 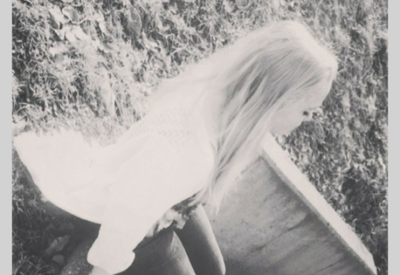 To The Boys Who Taught Me How to Love Myself

Be Part of the Movement: #LetGirlsLearn