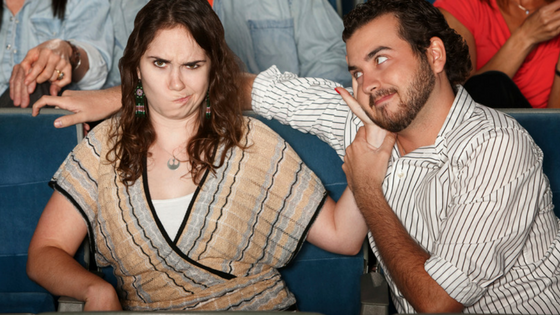 We’ve got hours left until the big day, ladies. Unless you’re trying to sneak a Big Mac & a Bota Brick to console yourself at a solo movie viewing on Tuesday night, it’s time to lay on the charm. Maybe that’s what you’re into, though. Like me. I’ve already scheduled an appointment to have my eyebrows waxed on 2/14. Having hair ripped out of my face sounds more enjoyable than another internet date.

Anyway – take my advice. Here’s what is NOT to say:

I actually typed that to a man once. Not only am I a great candidate for an ice pick lobotomy, I clearly made the right choice with my waxing appointment mentioned above. Seriously, though – you don’t need to point out your flaws. It might seem like a solid way to break the ice with a little self-deprecating humor, but there are far better openers than calling attention to your insecurities. Plus, it’s likely a man will not notice you’ve got a little peach fuzz on your chin. (says the single woman with a beard…)

2. “I’m not mad, but are you seriously posting a shirtless selfie at age 38?”

Wheels screeching. Do not make a mockery of their profile. I live in the South & that means even the lowest tier of dating website is crawling with men who proudly proclaim their faith. Since nothing screams Christianity like posting a shirtless selfie on Plenty of Fish. Just earlier this week, I called some clown out on this. Full disclosure: my bio has the word “tits” in it. Disgusting, I know – but a good indicator if a man is paying attention or not. Do not heckle the Baptist regarding if he actually swiped right despite reading the word “tits” in your profile. Or anything else that condescending.

Woah, woah, woah. Are you trying to start a fight or get a date? There is no need to be combative – unless you’re acting like a crazy person & trying to catfish your ex. He better have done something really awful for you to go through all this trouble.

Hate to break it to you, toots, but you’re entirely forgettable. If you’re trying to chat with some babe, odds are he has way too many messages to respond to your boring greeting.

5. “Hey, Brad. My brother’s name is Brad, too, but I swear this isn’t creepy for me. Actually, my step-brother, really. My parents got divorced when I was 13, & then my mom remarried when I was in high school. Turns out, my dad was totally having an affair with his secretary at work. That bitch was only 7 years older than me. So, yeah, a lot of holiday drama every year with trying to split time between my parents. It’s okay. I totally love presents, so having a broken family works in my favor. I mean, not that I’m not happy for my mom. She’s the best. It’s just, it’s tricky – you know? Anyway, how are you?”

Who are you – Hannibal? Could you be any creepier? You do not need to write a novel in order to catch that man’s eye. You also do not need to include the gory details re: all those skeletons in your closet. Short & sweet. Unless you want to end up on the internet like her. I guess there could be way worse things, though?

6. “I can’t believe you live in Denver. I was there once – but just on a layover, so I didn’t exactly leave the airport. You & I have so much in common!”

Liar! You have nothing in common. Absolutely nothing. Hannibal’s life story is a better option. What’s next? “The Broncos? I love them! They’re my favorite Major League Soccer Team!” Oye vey. Pull it together.

7. “Love your smile, love your profile. Guaranteed to the mile.”

Easy, Yeezus. This is not poem, & this is not a mainstream hip hop radio station. There is no need to rhyme. I’m on the fence if it’s part of Usher’s Nice & Slow or some other dope slow jam, though. Someone report back if you’ve tried this with success.

Unless you’re talking about their grandma or Australian Shepherd, don’t do it. They are adults. Hairy chested men who would love to open jars for you. Don’t bruise that uber masculine ego, baby.

Actually…those are his initials. Also, he is a wolverine fan & am unmatching you immediately. Careful with those erroneous assumptions unless you’ve got something crafty up your sleeve for the wolverine fan.

Saying any of those 9 things is definitely worse than being single on Valentine’s Day. 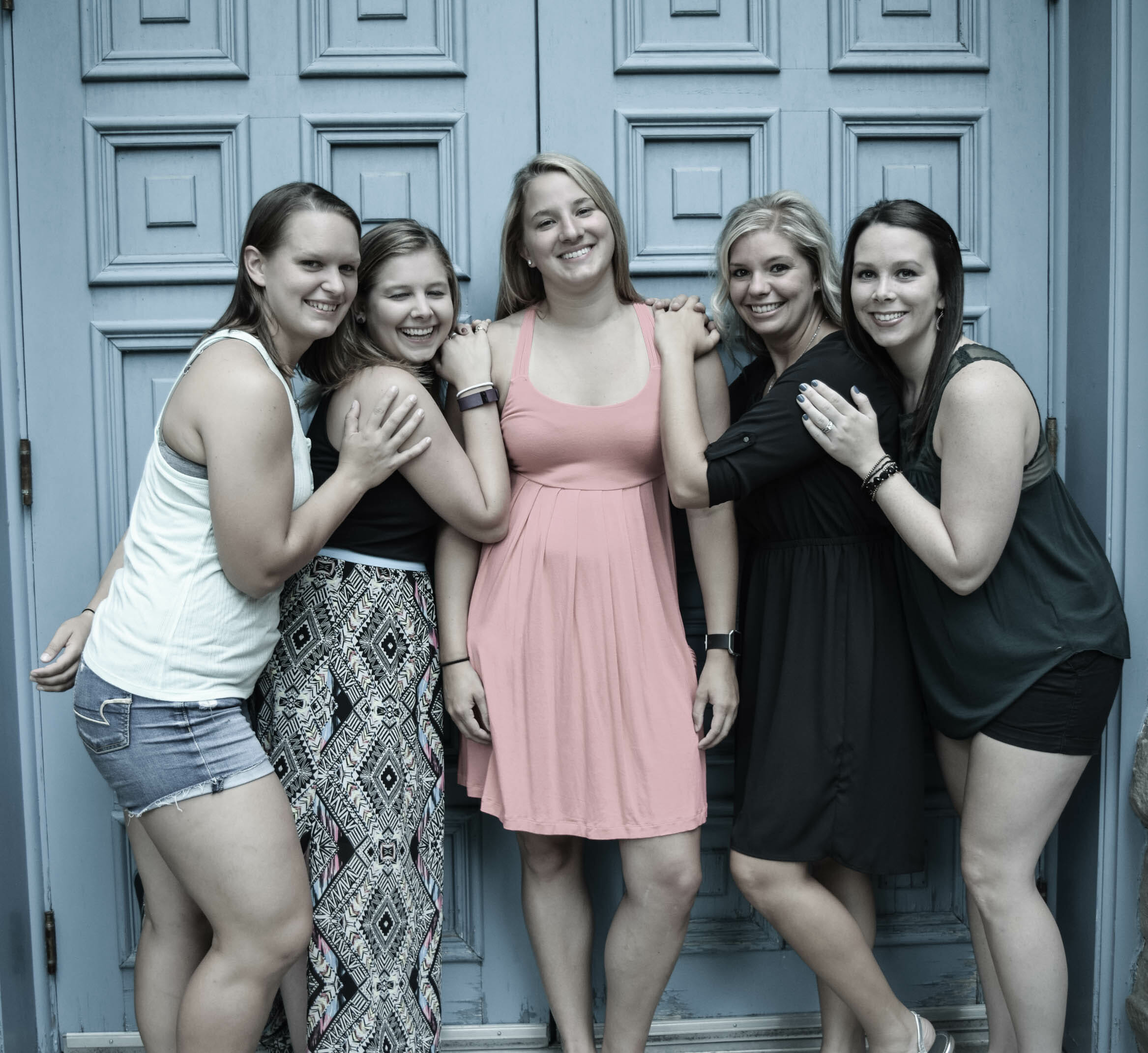 Why Being Selfish in Your Twenties is Okay

You Are So Much More Than Your Mistakes 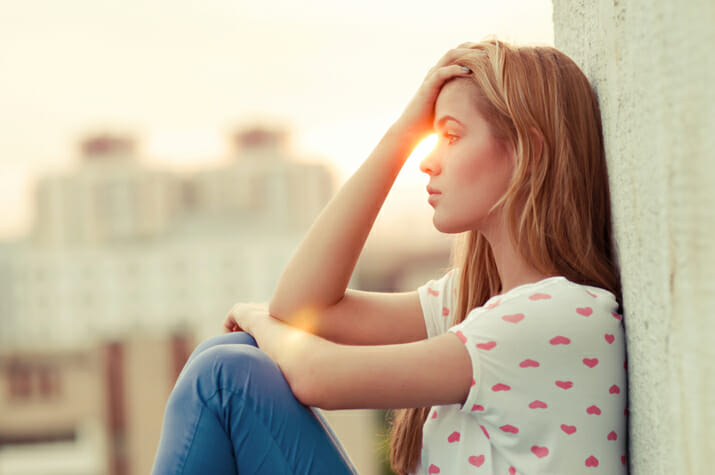 How to Heal the Fear of the Rejection

Dating: Why You Shouldn’t Date Someone You Don’t Want to Marry 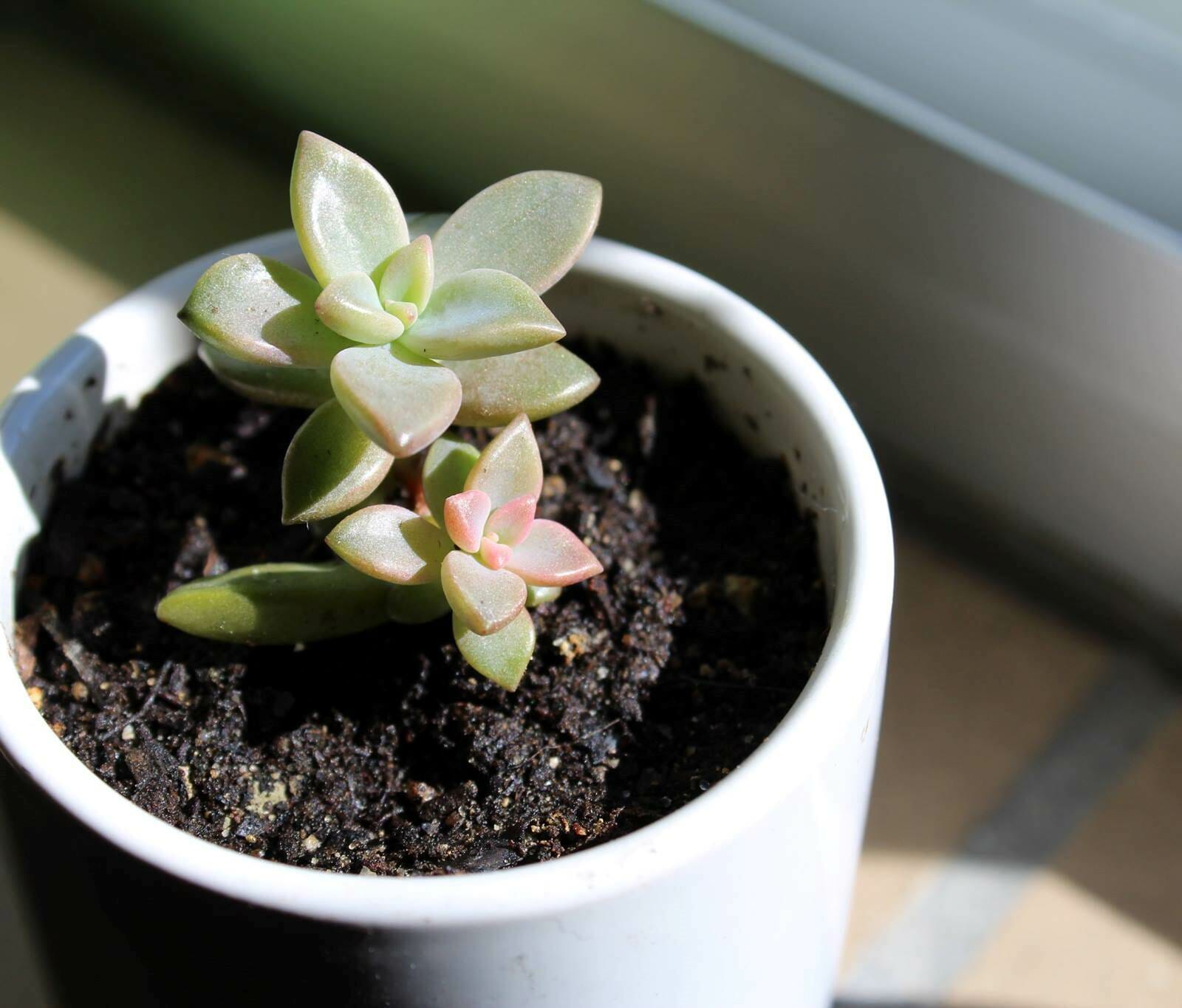